The blob is the latest joke to be added to what used to be a fur and feather sport.Will someone please come up with a name other than flyfishermen for those who use these type of things.They denigrate the sport. – DanT, 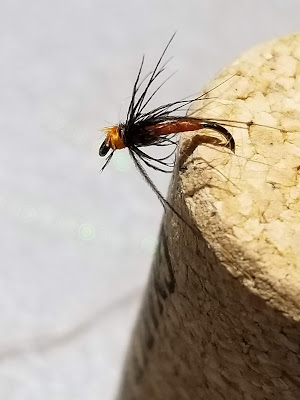 I agree with DanT. This sports’ definition, a definition that has existed for a 100 or more years, has been run through the weeds to encompass a growing style of slinging weighted flies, flies that have very little resemblance to natural stream organisms for the sole purpose of causing trout to strike outside of a feeding purpose! Trout see hundreds of insect prey every day that are represented by flies that are of the natural color/form/shape found in a trout stream. To fool a trout with a natural looking insect is the epitome of fly fishing. To get it to strike a Blob, a bright green Mop or a glowing Rainbow Warrior or  something like that is a lesser version of fly fishing. Maybe it’s not fly fishing at all. 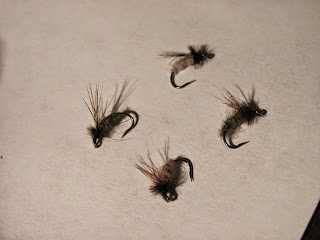 A blog post of mine a while ago mentioned a “fisher” on the Farmington.  I watched him catch trout after trout but after a short while I wasn’t fooled by his 9ft limber road or the fact that he was casting fluorocarbon line but by the fact that his 9 ft rod was rigged with a spinning reel and the fluor was 3X! He was fishing with meal worms (legal where he was). I wanted to introduce him to flies but I seemed to have gotten the fact that he had been approached before. I showed him a fly that looked like his meal worm and there was some interest but he said that his trout were never deep hooked and he released all of them. 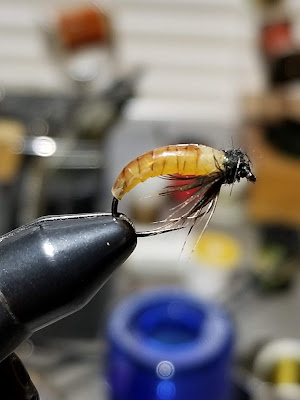 Now, what is the difference between what this guy ( a gentleman if there was one) and a tightline nymph fisher? Answer = NOTHING!!!  Change the lightweight spinning reel to a fly reel  AND IT’S THE SAME. He was casting the same 20 to 25 feet of fluor as your typical, I HATE FLY LINE, nympher does.

I asked him what he would do in shallower water seeing that he had lightweight split shot a foot above the fly.  “Take the shot off”  he said. DUH!! I should of known. That’s easier to do than  changing a weighted fly and that’s easier and makes a lot more sense then looking for a water flow (faster) that suits nymphing. (can’t believe I saw that on the internet!!!!)

In short, there are degrees or levels of fly fishing. If your game is to catch as many fish as possible with costume jewlery you must realize that after a few dozen you are working over freshly stocked trout which includes the Farmington. If your intention is to fool trout with something that looks and acts like a natural insect then you are in the zone, you are FLYFISHING!!!

The Millers, EB and the Ware need rain.  The Swift is fine.

Book me NOW!! October and November are great months that can be warmer than May and April.  These are my favorite months!!!!