“Sylvester was not a dry fly fisherman”, his wife Hazel said. ” He abhorred bead heads. He would say that was not fly fishing, that you might as well use a spinning rod”. – Hazel Nemes recalling her husband, Sylvester Nemes, views on fly fishing. 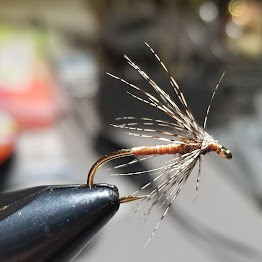 It was 53 degrees at 4:30 this morning and the heat in the kitchen actually felt good as I whipped up breakfast.  No, it’s not Fall (the official start is a month away) and we will have enough hot days to complain about until then but the wheels are turning and you can see it with the lower temperatures and the lower angle of the sun.  Fall will come and for many, including me, it’s our favorite season.

There are two things that I look forward to in the Fall. One is the BWO hatch down in Cady Lane and on the lower Millers and swinging soft hackle flies on some reinvigorated freestones. 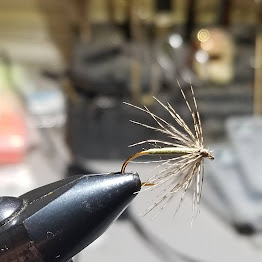 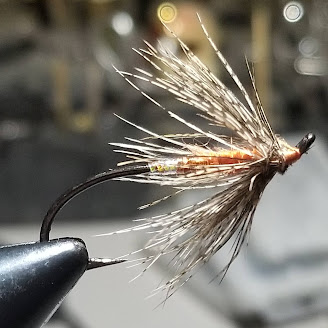 Now, if I get all my ducks in a row this November I plan to swing some LARGE Soft Hackles on some Great Lakes tribs. I’ll tie some up in sizes 10, 8 and 6 on a salmon style hook and swing them with a 7wt Heddon bamboo.  Why not!!

Trout have been caught at dusk on the Millers and they have been caught by early morning anglers working deep runs on the EB.  I have always loved August evenings because it is dusk at 8pm so the wait time is down.  It’s better in the morning too because the sun rises later now.  2 months ago we had blazing sun at 5am.  Sun up is at 6:04 today. (much better).

The Swift is at 130 cfs and will stay there unless we get some rain. It is very fishable.

Book me for the Fall

Don’t wait too long because slots will fill up quickly and those slots run right into late November, early December.