“I have always been fascinated by whatever that spark is that actually makes a trout take a fly in the first place.  Sure, match-the-hatch gets you close but it’s hard to believe that a minor adjustment in something like the hue of the dubbing material will make that big a difference”. Ed Engle

I think it’s a termite 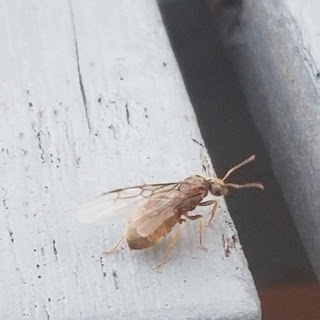 It seems to start around the third week of August and will, on some years, last right to the start of October.  That is the annual breakup of ant colonies (termites included) in New England. The biggest that I saw was on the Farmington the week before Labor Day almost 20 years ago.  the second largest was on the EB one September afternoon a decade ago.  In both cases THE TROUT WENT CRAZY, giving up on whatever they were snacking on, to zero in on the ants.

There are many species and sizes out there. I ran into a short hatch of size 22 reddish winged ants on the swift last week.  They all have a few things in common:

1. This is the WINGED STAGE of the life cycle.  The colony is splitting up by following the new queen (?) to a new spot.

2. For some reason they (many) end up in the water. That is bad for them but good for the trout and for us.

3. Your imitation should be WINGED (blue dun hackle tips from a hen cape are my choice) and the body should be hour glass (ant) shaped.

4. I stopped using hackle years ago and use a synthetic dubbing that dries quickly and plenty of powdered  floatant.

6. It’s been said that a good rain will jump start a colony split up. (like yesterdays rain, I hope.

My strangest ant encounter was a few Octobers ago on the Millers. They were all over the ground (thousands) with a few in the air.  I picked one up and immediately smelled something like lemon oil.  Forward cast a few months to a presentation that I did at the Evening Sun Fly Shop. I mentioned the strange lemon scented critter and an exterminator in the crowd stated that I had stumbled onto a colony of CITRONELLA ANTS!!! 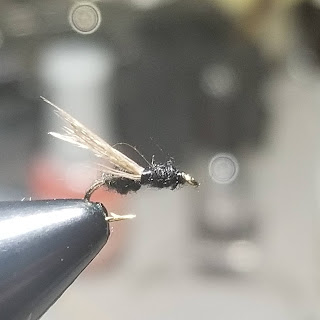 Do  I carry lemon scented flies?  No!!

Remember, days are much shorter than 2 months ago and evaporation from streams and rivers is also less. In a few weeks the trees will drop their leaves and that means less water sucked up into the biomass and that means more water in the rivers. 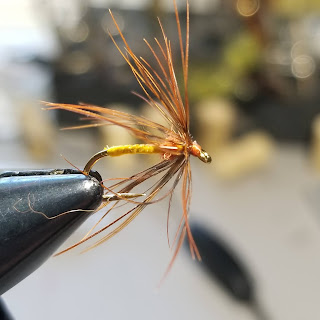