Skip to the content
Search
Guiding and fly fishing on the EB (east branch of the Westfield and it's branches. Ken Elmer Guided Fly Fishing On The Swift Ken Elmer Guided trips on the Millers 3 weeks ago

Really, the only thing a psychiatrist can do that a good fishing guide can’t is write prescriptions” – John Gierach 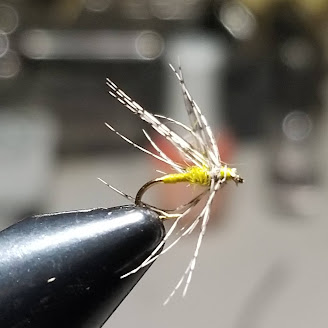 It was only 55 degrees on September 1st as I rigged up a 3wt bamboo to play with the Swift’s bows, brookies and salmon. With the 58 degree water the fleece I brought felt good. Only a week ago it was 90 and humid.  The seasons are changing and we can’t avoid it and why would we? September has the most comfortable weather (cooler and usually dry), less of the biting insects and a dusk that comes early and a dawn that comes late plus plenty of insects, aquatic and terrestrial, to keep us and the trout happy. (don’t believe the naysayers who think that the trout food is too small in September. I like small trout food!!)

I stationed myself in the flats above the Duck Pond where bows, brookies and LLS have come to the net as of late but this morning started off as a complete dud. The #14 partridge and orange, usually as reliable as Tom Brandy, was totally ignored.  Now, I could not see any insect activity and the rises that I saw were sporadic at best. 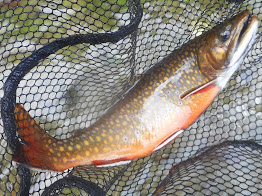 Well, let’s do what has worked before. Go down to Cady Lane?  No, throw on a size 18 partridge and yellow.  In my final hour that fly resulted in 8 nice brookies (6 to 8 inches) and two rainbows plus one that broke me off. Some of those fish were taken on the same fly in a size 20.  The technique was the classic wet fly swing which is deadly.  Have at least 12 feet of leader  in 5 or 6x and cast it down and across the current mending as needed. You will be imitating an emerging insect perfectly.

Brookies And The Fall

Have you noticed that the brookies are starting to color up? By mid October they will be migrating upstream to their spawning ground and every brown and bow will be trying to get into the act of robbing eggs.  Book me if you want to fish this Fall. 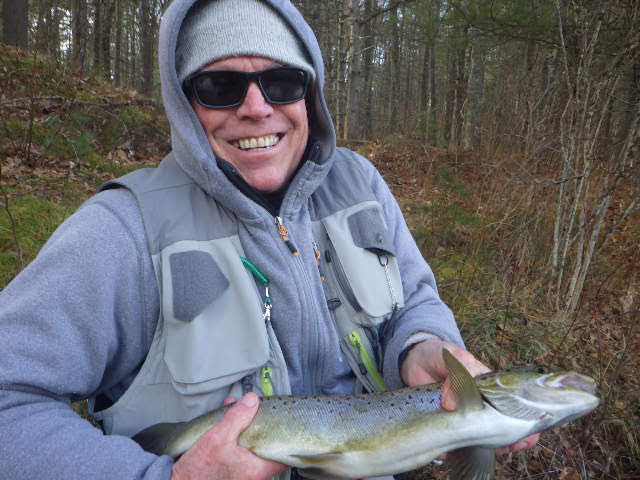