A Duck Pond Tale And Things I’d Like To See

“If people don’t occasionally walk away from you shaking their heads, you’re doing something wrong”. John Gierach 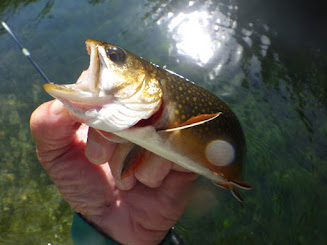 By 6:30 am the Y Pool lots were filling up (close to 20 cars) but that was not my destination.  Neither was the Pipe or the Tree Pool.  As always solitude is part of the mix for me and I knew where to find it: The Duck Pond Flats.  Now, I’m not giving away any State secrets because everyone knows where I’m writing about.  It’s the flats below the Route 9 bridge all the way down to the lip of the Duck Pond and it’s almost always underpopulated at certain times of the day.  Mornings until 10ish are good because everyone and his brother is going upstream because it’s supposed to be better fishing (it isn’t) up there.  I’ve found that afternoons can be busy because the C&R, by then, is too overcrowded and the overflow hits the flats.  By dinner time it empties out and you will have a lot of fishing room on the flats.

Now, with decades and decades of fly fishing under my waders, I can honestly say that the sight of a rising trout puts me in hunt mode.  And I’m not talking about random risers that seem to wander around aimlessly looking for something to eat.  I like trout that have picked out a holding lie and stay there ambushing any insect that goes down the chute. When aquatic insects are near/on the surface you will see the rhythm of the rise and adjust your casts accordingly. You also have to make accurate casts because the trout, especially browns, are not likely to move out of that feeding slot.  You have to put the fly THERE. This is how I learned the surface game while fishing the Squannacook years ago and then continued the lessons on the Millers.  It’s weird, but it’s not the game with the Bows of the Swift!

Watch these fish!  They will rise and then move away to a new location and then rise again.  They are not like browns or even brookies that seek cover, conserve energy and let the food come to them.  It’s been almost 2 months since the last stocking and the bows are still fining away next to my boots.  They are basically tame fish. 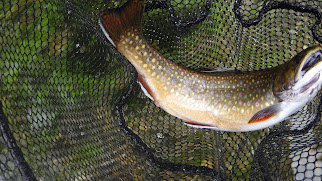 Now, here’s the story of a wild fish.  I was fishing the Flats when I noticed a rise to an emerger next to a log.  It was a 100 feet below me and I decided to take my time approaching it. It rose, and rose and rose again all in the same place.  I was about 25 feet away when I cast my size 12 partridge and olive soft hackle 4 feet above the rise. He instantly rose to the fly and in a minute or so a native brookie close to a foot long was in the net.

On the Swift it’s the brookies and the browns that will stake out a claim to a spot- not the bows as much.

Cut the number of bows stocked in the Swift by half and replace that number with the same number of browns divided by 2.  Let’s face it, Connecticut and NY have good brown trout rivers with some natural reproduction. Yet we have to recharge the rivers with clonebows at least yearly because these fish don’t last.  And they really are tame!!

The Fall is approaching. The freestones will cool off and we will get some rain.  Pick your October and November dates now! 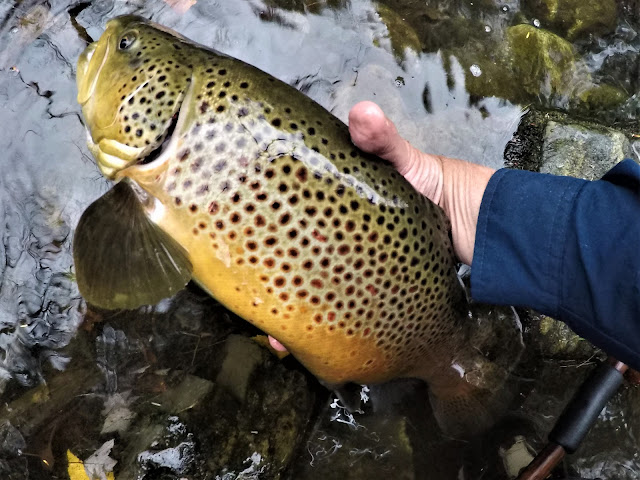